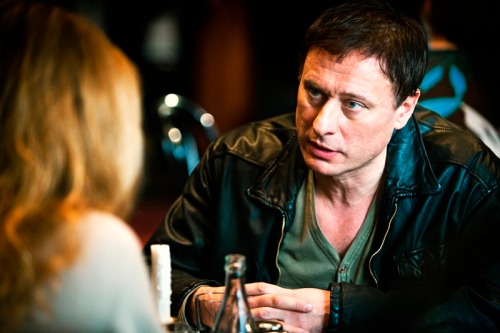 (I discovered this in a pile of unpublished posts. I’m posting it now as a tribute to Mikael Nykvist who died ridiculously young (of lung cancer) at 56 in June 2017. I also note that a second ‘follow up’ title in the Millennium series by David Lagercrantz has been published in the UK and that Sony has now decided to produce an adaptation of the first Lagercrantz follow-up, The Girl in the Spider’s Web. Apparently Claire Foy is now to undertake the Lisbeth Salander role and the film comes out in a few weeks. I do wish they wouldn’t do this. I’ve read the Lagercrantz book and it’s fine but I’ve already forgotten the story. I’d prefer that the Anglo-American takeover of the Millennium series had never happened and that Stieg Larsson’s estate had stopped further exploitation. The original Nordic versions of the three central characters played by Noomi Rapace, Mikael Nykvist and Lena Endre will remain as the embodiment of Larsson’s characters for me.)

The third instalment of the Millennium film trilogy suffered from the ‘diminishing returns’ that most film series eventually produce in terms of audience numbers. Certainly when I contemplated watching the film I felt dragged down by the knowledge that the third novel was extremely densely plotted and I’d been told that the third film was the weakest. In fact, I found it more enjoyable than the second film and possibly more interesting than the first (though of course not as thrilling to watch). 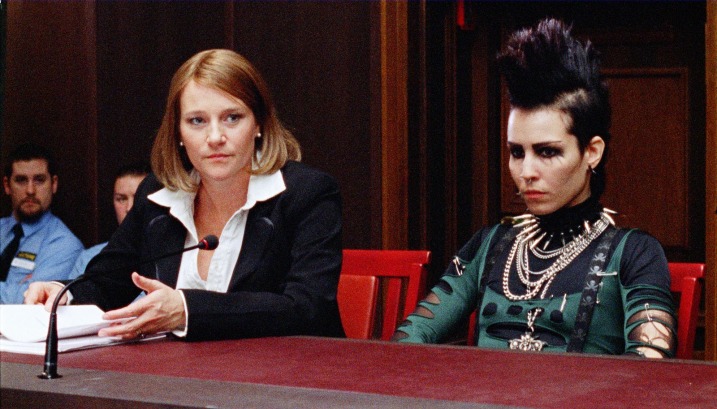 If you haven’t either read the trilogy or seen the first two films, much of this film may well pass you by. As was the case with the first film, the Swedish title offers a more useful clue to the way the narrative works with its reference to ‘castles in the air’ that are brought down. The first film’s Swedish title was ‘The Men Who Hate Women’ in which investigative reporter Mikael Blomkvist exposes a family of rich industrialists as fascists and violent misogynists. Lisbeth Salander is his co-investigator and her experiences during the investigation set up the second story which indeed has her central role given in the title – as the ‘girl who played with fire’. The reason for her attack on her father as a 12 year-old is revealed as the motivation she requires to seek him out. But at the end of the second book, Lisbeth has nearly been killed and she spends most of the third story in hospital recovering. The narrative effectively passes back to Mikael who, with his sister the lawyer Annika and Lisbeth’s loyal hacker contact ‘Plague’, finds the evidence that both liberates Lisbeth and exposes a whole secret network of Cold War warriors of the worst sort, first established in the 1980s without the knowledge of the Swedish government executive. Lisbeth’s ‘legal incompetence’ is one requirement of keeping the network created around her father secret.

Promoting Lisbeth, one of the great female characters of the last twenty years, ahead of the seemingly less interesting Blomkvist as an investigator is perhaps inevitable when marketing these stories. The final section of the film in which Lisbeth makes an electrifying court experience alongside Annika is a fitting climax to the story of female solidarity that is there in the novels but is to some extent sidelined in the earlier films. Blomkvist for me is not ‘uninteresting’ and he gives the Millennium series its spine and ties it back into the tradition of Swedish noir and police procedurals initiated by Maj Sjöwall and Per Wahlöö with their Martin Beck books, followed up by Henning Mankell and his Wallander novels. Mikael Blomkvist is an investigative journalist rather than a police inspector, but he has the same dogged determination to solve the crime and expose the bad guy. He’s a middle-aged and not particularly glamorous character (which is why Daniel Craig was arguably a poor casting choice in the David Fincher adaptation of the first novel in the trilogy). By bringing together ‘Martin Beck’ and ‘Pippi Longstocking’, Stieg Larsson certainly hit on a good way to attract a broad audience in Sweden. Re-reading the Martin Beck books recently, I noticed that the Swedish ‘secret service’ agency, Säkerhetspolisen, usually abbreviated as Säpo was a target for Sjöwall and Wahlöö and turns up again in the Millennium Trilogy.

With fascism on the rise again in Europe it’s important to keep Sieg Larsson’s trilogy alive as a warning. Here’s the original Swedish trailer with English subs: