A critic with attitude? 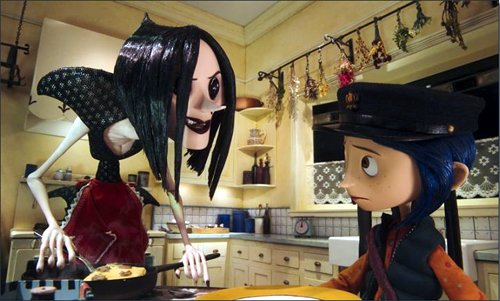 There aren’t too many UK-based film critics (as distinct from scholars who write) who I look forward to reading. Philip French in the Observer is usually reliable and Jonathan Romney in the Independent on Sunday is always worth reading. But that’s about it. I was intrigued therefore to clock the occasional appearance of Anne Billson in the Guardian. Billson has been around on various papers for quite a while and her other work includes horror novels and two BFI film guides. She belongs to the ‘anti-realist/pro-fantasy’ wing of the UK critics’ community. This gives her the motivation to weigh into quite a few sacred cows. Her Guardian columns last year went onto the film blog where they generated a healthy response from readers, many of whom showed put the paper’s film writers to shame. Strangely, Billson’s recent posts have lost their comment facility – perhaps she is too effective in getting up noses? I particularly enjoyed her New Year rant in which she declared that she wasn’t interested in all the Oscar hype and would far rather look forward to The Good, The Bad and The Weird.

A few weeks ago, Billson loosed a salvo at the British film industry in general and one of its leading practitioners in particular. I was all set to join in her attack on Richard Curtis and The Boat That Rocked, except that I couldn’t face going to see the film. In the event, everyone else seems to have agreed on how bad the film was, so we can just glow in quiet satisfaction. Today Billson has returned to the fray with an attack on the dearth of proper female action heroes in Hollywood animation films. She asks why it was felt necessary to add a male sidekick to the female action hero at the centre of the new film Coraline – and goes on to point out that in French and Japanese Cinema girls get a much better deal. It’s great stuff. I don’t know why, but the Guardian‘s arts coverage has a very good team of women commenting on music, but Anne Billson’s is the only female voice on cinema. Why not give her some of Peter Bradshaw’s column inches on a weekly basis?

This entry was posted in Animation, Hollywood and tagged Film criticism. Bookmark the permalink.

One response to “A critic with attitude?”