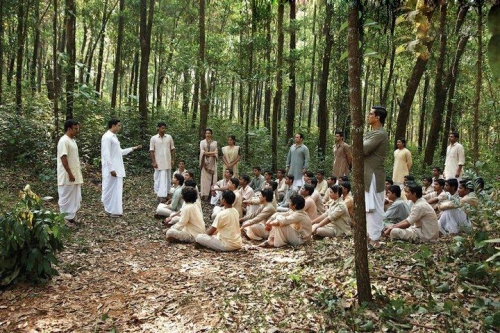 The revolutionaries conduct training camps in the forest for the teenagers.

I really didn’t think anyone made films quite as old-fashioned as Khelein Hum Jee Jaan Sey any more. I was surprised, partly because of the range of contemporary Hindi films I’ve seen recently that could easily compete in the international marketplace and specifically because this title was written and directed by Ashutosh Gowariker of Lagaan fame. Like that film (which was India’s Oscar contender in 2001) Khelein Hum Jee Jaan Sey is a ‘period film’ involving conflict with the British. This time the setting is Chittagong in what was in 1930 still in undivided Bengal. Chittagong is on the eastern shores of the Gulf of Bengal, nearer to the Burmese border than to Calcutta. (Burma was also part of the Raj until 1937). In 1930 a group of revolutionaries recruited some 50 plus teenagers and attempted to take over all the key British institutions in Chittagong simultaneously – the police and army barracks, European club, telegraph office and railway line were all attacked on April 18th. Brilliantly planned, the attacks failed ultimately only because of two key mistakes in intelligence gathering. Over the next four years all the revolutionaries were killed or captured. Nevertheless the exploits of this group were important in the overall history of the liberation struggle in India. This true story was written up in 1998 by Manini Chatterjee in a book titled Do and Die: The Chittagong Uprising 1930-34.

Gowariker decided to tell this story ‘faithfully’, so he accepted the straitjacket imposed by the biographies of characters and the facts that are recorded about the events. We all know that the British Raj in India didn’t fall in 1930 and that other events assumed greater importance over the next 17 years, so there are no major narrative surprises. The interest for the audience (many – most? – of whom don’t know the history, which I had to research) is to find out who these people were, exactly what they did and why and what happened to them in the end. To be fair to Gowariker, he succeeds to a certain extent in doing just that and, as several reviewers have pointed out, that is an important achievement. However, beyond a simple appeal to the patriotism of Indian audiences and a useful historical primer, the film struggles to engage with the range of possibilities offered by the material – unlike for instance Rang De Basanti (2006) with its intriguing linking of contemporary polity and the actions of 1930s freedom fighters. Instead, Gowariker finds himself caught between biopic, action movie, love story and ‘outlaw’ movie. I think he fails to explore any of these genre repertoires with much conviction. But that isn’t to say that the film is without interest. I was never bored over the 170 minutes – although sometimes I was probably engaged for the wrong reasons.

The first point to make is that the film cannot be judged by the conventions of European or North American historical films where the surface detail of ‘authenticity’ is of paramount importance. Though the film is well photographed and well acted (apart from the British roles) the period detail simply isn’t there. A Morris Minor car from the early 1950s and a radio from the same period or later suddenly appear and a railway locomotive looked like a plywood construction magically pulling into a station. I quite accept that such historical details are not important for the narrative or the political meaning of the film. I mention them simply because it is an indication either of Gowariker’s lack of budget or his decision not to actively sell the film outside the diaspora (although I wonder if a diaspora audience hooked on ‘Hollywood realism’ might not notice this ‘lack’). Certainly no thought appears to have been given to translating the film’s title in the UK. The title on my ticket stub bore little resemblance to the correct Hindi. How come Gowariker, with an A-List star on board (Abhishek Bachchan plays Surjya Sen, the leader of the revolutionary group) couldn’t afford a little touch of CGI here and there?

Overall, I think that the film was clunky and stilted – although there were lyrical passages. I wasn’t impressed by the film’s score. In the first half it seemed too obvious and intrusive. Only the choral singing of the nationalist song ‘Vande Mataram’ was memorable. Though many of the younger actors were engaging, Abhishek seemed stolid rather than inspiring – but then so did the ‘real’ Sen according to the archive photo that appeared in the credits. The action scenes were exciting but very much in the mould of a Hollywood western from long ago – the revolutionaries never missed, even with a revolver or muzzle-loading musket from twenty or thirty feet away. At first I thought that the revolutionaries were amazingly well-fed for Bengalis in the 1930s. Then I realised that this was almost an entirely middle-class Hindu revolution in a part of India where the farm workers and labourers would, I assume, have been primarily Muslim. This seemingly important facet of the conflict was not really developed in the narrative. We simply learn that some of the teenagers are from zamindar (landlord) or merchant families and are able to acquire motor vehicles and relatively large sums of money to resource the attacks.

What does the film mean in terms of Indian history and politics? There are several obvious issues for an outsider viewer. One is that the group led by Surjya Sen is almost entirely Bengali (apart from one of the leaders – a Punjabi). Bengal has always had a prominent role in the history of Indian politics and one of the issues raised by the film concerns casting. I’ve read several comments about the film which focus on the confusion caused by some non-Bengali actors attempting to pronounce Bengali names correctly. I understand the commercial reasons why the film is made in Hindi, but why not have everyone speaking the same language in the same way? This carries over into the British parts. As far as I can see, none of the ‘British’ actors have much experience and some could hardly read their lines. The fact that the English dialogue was then subtitled in English only added to the sense of comic buffoonery. The British officials were all named with on-screen titles, so I assume that these too are historical characters. No doubt they were as brutal in history as they were depicted in the film, but allowing them to be seen as comic or vaguely inept doesn’t help the representation of the freedom fighters.

The question of Bengali identity is important because of the inference in the film that this was a revolutionary group working independently. Surjya Sen is a school teacher and his past is only sketched in. His deputy, Nirmal Sen, has recently emerged from prison and therefore has a track record but generally the group appears to have few contacts – and no specific ideology. At one point Surjya tells the teenagers that they are now part of the ‘Indian Republican Army: Chittagong Branch’. At other points, Sen is shown to be using Congress Party activities as a cover. The narrative does represent the revolutionaries as consciously rejecting Gandhi’s ‘non-violent resistance’ as promoted in 1930. My understanding is that Sen was indeed officially a Congress organiser and the Chittagong group was one of several revolutionary groups intent on active campaigns against the British across different parts of India. There was a specific Hindustani Socialist Republican Army in the 1920s but it had ceased to function by the early 1930s. Perhaps the ‘Republican’ reference was supposed to link to the Irish struggle? At one point in the film, Kalpana, one of the two women in the group, reads out a message of support for the Indian struggle from the Irish President and former Irish Republican, Eamon De Valera. But the more controversial link is to the ‘Indian National Army’, created first in 1942 and then led by Subhas Chandra Bose who worked with the Japanese to raise an army from prisoners of war to fight the British in Burma. I don’t remember any real political discussion in the film – possibly because there was no conflict between the initial group members who then recruited eager, but politically naïve teenagers. 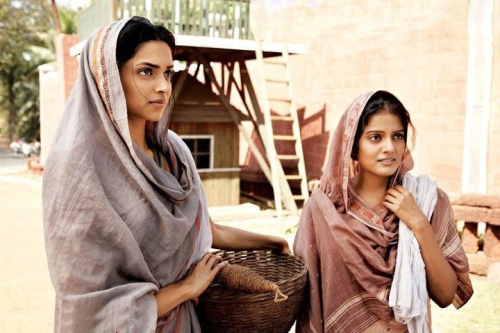 I must stress that I did find the film interesting and I appreciated the two young women’s roles in that they allowed the women to be active  and resourceful. The two actors were definitely a plus. I haven’t seen their previous work but I will now certainly look out for Deepika Padukone and Vishakha Singh. Director Gowariker did add some amusement by making the ‘inciting incident’ in the opening sequence a football match played by the teenagers that is stopped by the British who intend to set up camp on the playing field – a reference back to the cricket game in Lagaan perhaps? When Kalapana and Pritilata are introduced it is via a badminton game – Deepika Padukone is the daughter of a badminton champion and has played herself. The film might have benefited from a few more imaginative touches like this. I understand that a Bengali film about the Chittagong uprising was also made in 2010. I’m intrigued to see it.

Here is the Hindi trailer. The location shots are from Goa which Gowariker argued was the closest in appearance to the Chittagong region.

This entry was posted in Hindi Cinema – Bollywood, Indian Cinema. Bookmark the permalink.