Ken's Jubilee – Into the Sixth Decade of Loachian Cinema 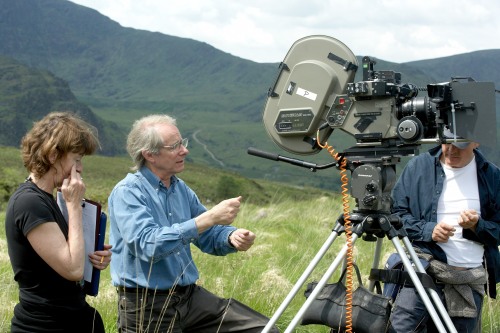 Ken Loach was 75 earlier this year and he is currently being feted by the BFI with a re-release of his best-known film Kes (1969) (from Park Circus) and a première for his 1969 documentary made for Save The Children Fund and London Weekend Television. The latter has never previously been screened after the charity objected to the stance Loach and his collaborators took towards what they discovered in its children’s homes. The whole BFI programme at ‘BfI Southbank’ runs from now until October – see the details here.

Loach, a grammar-school boy from Nuneaton began his career post Oxford University as an assistant director in live theatre before moving to the BBC as a trainee television director in 1963 (see Lez Cooke’s entry on Screenonline). Since then he’s directed an impressive array of ‘television plays’, fiction features and documentaries over nearly 50 years. In that time he’s received mostly grudging praise for his output with only a handful of films singled out for acclaim – mostly those where the class politics are easier to overlook or the subject matter is closer to mainstream concerns. Perhaps what gets up the noses of so many commentators is Ken’s utter refusal to compromise in any way. Which is of course why some of us admire him so much.

I don’t like one or two of Loach’s films as much as the others but I still admire him for making them and I don’t doubt his commitment to the cause – these films (I’m thinking primarily of It’s a Free World) make me think again about my own politics. There is plenty else to admire too: the lack of interest in mainstream American filmmaking but the evident pleasure in being a respected filmmaker across many parts of Europe for one and the loyalty to close collaborators for another. Loach doesn’t like the idea of being an auteur and he recognises the importance of his relationships with producers and writers – no more than a handful of each associated with over 50 titles.

Loach is not a cinema stylist – someone for whom meaning is associated with extravagant camerawork or mise en scène. He does have a style of course. It involves casting an appropriate performer (not necessarily a film actor) for a specific character role defined by region, class etc., developing a naturalistic performance and filming it with an observational camera. As he said on a recent BBC Radio 4 interview, Loach believes in cinema as the ‘art of the possible’. Unlike other artists the film director and his/her crew can never have complete control, they can only try to complete the scenes in the time possible and within the budget restraints. Ken Loach films always come in on budget and they don’t lose money because they have been pre-sold to meet the budget target. Is Loach a great filmmaker? For me, anyone who can make emotionally engaging films about real social issues to a strict budget on a consistent basis and maintain working relationships and a personal politics in line with socialist principles in the face of film industry opposition is a great filmmaker without question. Ken is the man!

We are starting to post some of our previous work on Ken’s films with Keith’s comments on The Wind That Shakes the Barley as the first example.

Our earlier post on Looking for Eric includes some discussion.

You can view some of the lesser known of the Loach films on Loach’s own YouTube Channel here and learn more about Sixteen Films on the company’s website, including the current ‘in production’ title, The Angel’s Share.

This entry was posted in British Cinema, Directors, People, Politics on film and tagged Ken Loach. Bookmark the permalink.