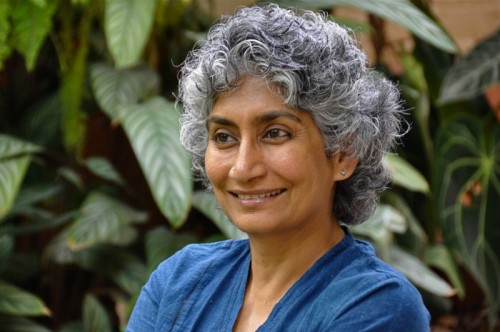 Deepa Dhanraj from the Berlin Film Festival site in 2013

There is a long story behind this film and watching it was a strange experience for me. I’m not sure what sense I made of it but the film was impressive formally and important as a historical document. What it means in terms of contemporary India is less clear and I would need a great deal of research to offer even an outline response. In his introduction, Festival Director Tom Vincent explained that he and his co-director had wanted to include a politically committed documentary as part of their 100 Years of Indian Cinema Anniversary and that when this film appeared at Berlin earlier this year, they sought it out.

This is a documentary, mostly in the form of eye-witness statements with a brief historical background and some ‘live coverage’/reportage of events in Hyderabad, Andhra Pradesh in 1984. Over three summer months communal riots in the city left 41 dead, many critically injured and hundreds of shops and homes looted, wrecked and in some cases set on fire. The main conclusion of the film is that these riots were orchestrated by the various political parties in the state as part of their jostling for power. The police seemed to have either turned away from the trouble or simply established curfews which made it impossible for poor people to earn a living and who therefore suffered real hardships. Only a few of the perpetrators were ever prosecuted. Before the film, Tom read out a statement by the director Deepa Dhanraj who suggested that her film was prophetic about subsequent communal riots in Mumbai and Gujarat. It’s dispiriting to think that she was right. Even so there are some positives to take away from the film.

The poor archiving facilities in India mean that films have been lost. A healthy stock of archive film helps younger filmmakers to explore the past and the issues at stake in this film depend on knowledge of Hyderabad from its days as a princely state with Muslim rulers throughout the British Raj and how that change after 1947 with the absorption into the Union and the changes in power in Hyderabad city. The most devastating part of the film for me was the demonstration in the closing stages of the ways in which the different parties (from communist to nationalist to conservative) were prepared to instruct their supporters just to vote on religious/sectarian lines. Democracy becomes farce on this basis. Can social documentaries like this change opinions by exposing these kinds of issues. It’s interesting to reflect on the impact of popular cinema addressing similar issues and the ‘New Bollywood’ film Kai po che based on Chetan Bhagat’s novel approaches the issue with its references to the communal riots in Gujarat.

What Happened to This City? also has a value as a historical document about India in the 1980s. It’s a good-looking film. Shot on 16mm, it was , like many Indian productions of the period, not properly archived but a print turned up in the Arsenal Cinema in Berlin and this print along with a negative from India enabled a German project to produce a new HD digital print. The results are surprisingly good. For me, images of 1980s India came flooding back, especially with key landmarks such as the Charminar in Hyderabad. India in those days had few cars (and those mostly old-fashioned Ambassadors) and no US branded goods. It was a less materialist and supposedly more ‘planned’ society, but corruption was rife and the police didn’t have a good reputation. Deepa Dhanraj was a brave young filmmaker. In this interview in Jump Cut magazine in 1981 she describes the ecology of political filmmaking at the time and her own work in a group making socialist-feminist films. It’s sad to think that one of the films she was making then was about piecework for women working at home that paid low rates for beautifully made garments then sold cheaply in the stores of Europe and North America. Not much changes.

The question I can’t answer is whether the appearance of this restored film on the festival circuit has any relevance for politically-committed documentary films in contemporary Indian film cultures. The industry is now more corporatised, there are co-productions and filmmakers returning from abroad. There are dozens of television channels in a more pluralistic media ecology but are there enough committed filmmakers able to fund themselves to make films like What Happened to This City? It’s good that Anand Patwardhan is still very active but I don’t know enough about what else is happening. Seeing this film has energised me to look out for more documentary material. I found this document on ‘FilmIndia Worldwide‘ published to cover the Indian entries in both Berlin and Rotterdam Festivals this year useful in providing some more names and ideas.

Bravo to BIFF for screening this film. Can we have more like it please?