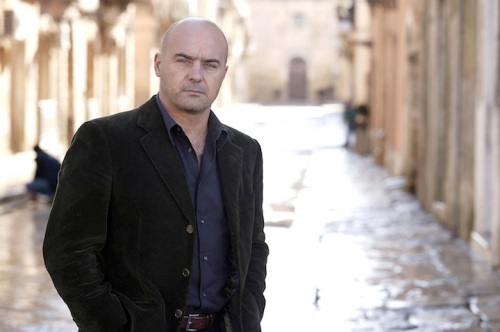 (I wrote the first part of this post in October 2012 but didn’t publish it. Now that BBC4 are showing The Young Montalbano, it seems a good idea to post on both together.)

Inspector Montalbano is one of global television’s delights. In the UK these feature-length TV films have been dropped into the schedule for BBC4 almost as filler between the much more heavily-promoted Scandinavian crime fiction series. There is the impression that schedulers, critics and some audiences view the films as light summer relief before the return of ‘Nordic noir’ for the winter. I can understand this reaction but it shouldn’t prevent a proper appreciation of a rather different kind of crime fiction.

Inspector Salvatore Montalbano (‘Salvo’) is a creation of the Italian crime writer Andrea Camilleri and the character’s name is partly a reference to the Spanish crime writer Manuel Vázquez Montalbán, whose police investigator had a similar passion for good food. (Salvo has also been seen as partly based on Simenon’s Inspector Maigret.) The focus on gastronomy in the Italian series is part of an overall approach which includes a comedy element and a visual style that shows the Sicilian townscapes and landscapes to their best advantage.

There are now 22 crime novels in the series and around 26 TV films (including several ‘telescripts only’ as sources, so there should be more adaptations to come). Recently broadcast episodes in the UK are around 110 minutes in length and the series has been made in a leisurely fashion so that the Italian producers (the public service broadcaster RAI plus the Swedish PSB Sveriges Television – SVT) have made roughly two per year since 1999. Each film begins with an aerial sequence showing the Sicilian location – an attractive coastal town with a harbour. This is reminiscent of the openings of US TV series like CSI, except it’s much sunnier. The sunny aspect is contrasted to some extent with the dark, orchestral score with its Hitchcockian undertones – as well as what I take to be some elements of Arab music, since the Moorish influence on Sicily was strong. Salvo has a house virtually on the beach and he often swims in the sea or gazes from his veranda. The beach has also served as the location of various crimes – in recent episodes Salvo has found a dead horse, a corpse in the water and watched a seagull die and fall to the sand a few feet away. Salvo has a housekeeper, who cooks him delicious meals (he also has a favourite restaurant where he dines seemingly every working day). His long-term girlfriend, Livia, is based in Northern Italy and she visits him occasionally, flying in from Genoa. Salvo lives well – he’s nothing like Wallander or the harassed Danish investigators. Beautiful women crop up in most episodes. They are charmed by Salvo but they also turn the tables on him. As well as Livia he also has a locally-based female friend who appears in several episodes.

According to Wikipedia, the fictitious town of ‘Vigata’ is created from locations in the inland city of Ragusa and the coastal towns of Punta Secca and Licata. In the novels it is the author’s own town of Porto Empedocle with Agrigento acting as the district headquarters of ‘Montelusa’. The stories are set very precisely in this area of Southern Sicily and the locations are not just backgrounds but esssential for the representation of local culture – but also the kinds of criminal activity that might happen here (such as the people smuggling). The locations also act as a form of ‘eye-candy’, competing with Salvo’s food and his very beautiful female companions. One of the possible reasons why the series is dismissed is the way in which comedy works in the series. Catarella, the policeman with a form of ‘name dyslexia’, is very broad as a comic character. The writing is sympathetic towards this character and in more than one episode his ridiculous behaviour is revealed to mask a set of observational skills – and a network of personal contacts. Perhaps more significantly, Salvo is a sophisticated man who tolerates most of his colleagues and the local officials with whom he works. He only has two completely reliable colleagues. One is his ‘go to’ detective Fazio and the other is a local journalist. The others are fair game for his wit, especially the local lothario and Salvo’s second-in-command, Mimì. Salvo’s approach is a little ‘war-weary’ as he deals with his superiors located in Montelusa, the local Mafia families or the church authorities. Within Vigata itself, Salvo is clearly in charge.

The unusual mixture of elements in the series is seen most clearly in the handling of violent/complex action sequences. These seem to me to be handled in a deliberately inept and unrealistic manner, comical in their clumsiness and the way in which Salvo is put into danger. It’s almost as if the writers and directors are bored with the idea of having to show a fight and would much rather get back to the chat, the food and the beautiful women. However, at the same time the stories are serious and intelligent, especially in the characterisation of the criminals and their victims, many of whom in a small community are known to Salvo or to one of his men or to his friends and acquaintances. The themes of the stories delve into the lives of contemporary Sicilians and there is also a specific interest in stories that have a historical basis accessible via elderly characters and/or through the travels of Sicilians returning from abroad. This historical perspective is something I’ve noticed in Italian crime fiction more generally. 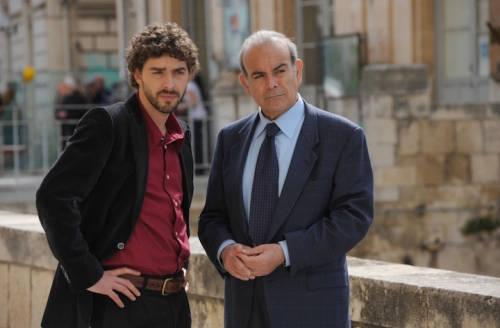 Michele Riondino as Salvo Montalbano and Andrea Tidona as Fazio senior (from http://www.palomaronline.com/en/miniserietv/il-giovane-montalbano)

The success of the series both in Italy and overseas has prompted a ‘prequel’ series of The Young Montalbano. This is a trait recognisable from other long-running series (as are the walking tours around ‘Montalbano’s Sicily’) with the UK’s ‘Young Morse’ series, Endeavour, a good recent example. The Young Montalbano sets itself a significant problem in ‘realist’ terms because it goes back to only 1990 and presents us with a young Inspector moving to Vigata for his first job as ‘Commissario’ in complete charge of a local police station. Michele Riondino has the task of representing the character played by Luca Zingaretti as he might have been twenty years earlier – but because the original series has run for 13 years, Zingaretti’s Salvo first appeared in 1999. Perhaps wisely, the producers have gone for an actor who appears physically different, but who manages to capture the persona very well. The first three of six episodes in the first series of the prequel reveal that Salvo had known Vigata from his childhood. He is shown as very formal with his colleagues, quickly recognising Fazio senior’s qualities (his son appears in episode 2) and welcoming Catarella with all his faults. We are also introduced to Livia and witness the first meeting of Salvo and Mimi. 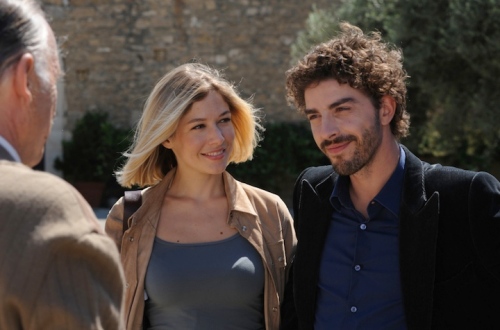 I’m looking forward to the remaining three episodes. I can’t quite put my finger on why the various elements fit together so well. It must be the case that a prequel attracts and repels viewers familiar with the original series in equal measure. The impact is greater because we think we know the characters and then either we appreciate knowing more or we object if we don’t think that the earlier incarnations are believable. Andrea Camilleri was involved in writing all six episodes and he has clearly thought about his characters. In episode 3, Salvo and Mimi both behave badly at times, as young men do and this is the focus for comedy. The humour in the series works to ‘humanise’ the characters rather than making the series lightweight. I feel that the subtle blend of comedy and drama produces intelligent entertainment. As Autumn beckons, I appreciate the chance to visit this corner of Sicily.

This entry was posted in Global television, Italian cinema. Bookmark the permalink.